I recently left Yinmabin Township where I spent two weeks staying in Indaw, Sonywa, and Mouklok and visiting Jobin, Letkabya, Sinswe, and Intha. In 2015, I had stayed in Sonywa for a few weeks and had also visited some of these other villages. Since that trip, a few of the villages have gotten running water; although, some still rely on pumping water from a well. The villages have also started to collect rain water to use for cooking and drinking since the water is cleaner than the well water. When I visited in 2015, I got sick a lot, and I didn’t get sick at all on this visit. I like to think that the change from well water to rain water for consumption was a factor in this. 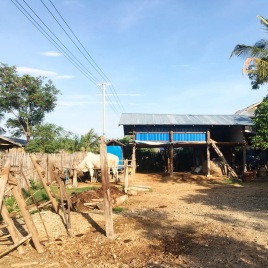 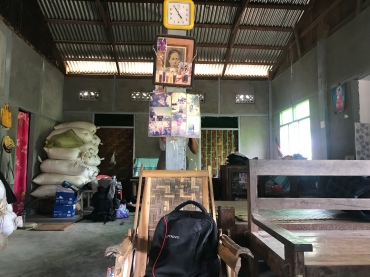 Indaw and Mouklok villagers have collected money to work with an NGO to build electrical infrastructure. These two villages now have power lines set up and are just waiting for the government to begin running electricity through them. While I was staying in Indaw, the village decided to use a generator to get electricity running to turn on the lights connected to the power lines so the road was lite up at night. The night before I visited Letkabya, the village had a meeting to discuss collecting money to build electrical infrastructure like Indaw and Mouklok, but a good portion of the village was unwilling to provide the finances for that project. This seemed to have caused tension in the village during our stay. 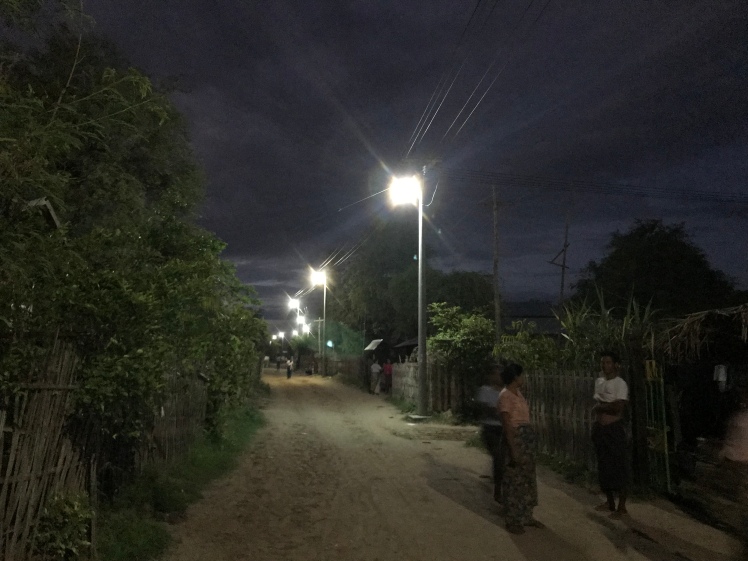 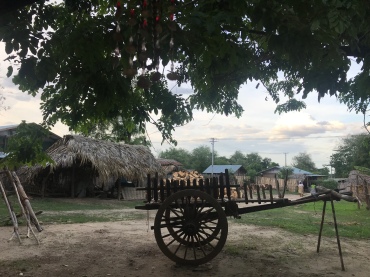 The villages also seem to have more wealth. More houses are built out of concrete instead of flattened pieces of plaited bamboo. People offered us and ate more packaged snacks that are made in Myanmar and other places in Southeast Asia. Most people have smart phones and televisions now and more people were wearing shirts made outside of the village. This extra money seems to be coming mainly from two sources. The major source is people going to work abroad in Thailand, Malaysia, Singapore, etc. for a few years in factories and then returning to the villages with additional money. The second, although much less significant source, is that people seem to be becoming more business, entrepreneurial minded. People are selling more crops and buying machines to process rice, chickpeas, sunflowers and peanuts into oil, and other crops at a more efficient rate to sell. One reason why I think that this second source may be less than the first is because many people mentioned the impacts of climate change. Most crops are grown during the raining season and very few crops can be grown during the hot season. With climate change, there is less rain during the rainy season and the rainy season is becoming shorter. This limits the amount of time available for growing crops, reducing the yields farmers are able to get. 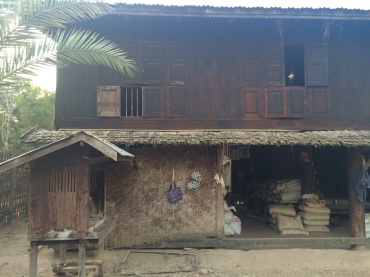 Change from bamboo to concrete base of house

In terms of education, in 2018, the government had opened middle schools in all of these villages. Previously, there were only primary schools and people had to travel to Sinswe, which had a middle and high school, or Mouklok which got a middle school in 2011. This is one of the clear impacts that the change in government has had on the lives of the villagers. The infrastructure projects mentioned above were not supported by the government, but rather the villagers themselves.

On the whole, many things changed in the villages, yet many things remained the same. I loved being able to see many familiar faces and meet many new people who opened their homes to me with the same welcoming nature that I experienced in 2015.