The last Burmese king was King Thibaw who lived at Mandalay Palace. The British navigated the Irrawaddy River and captured Mandalay fairly effortlessly during the Third Anglo-Burmese War. King Thibaw was exiled to Ratnagiri India. During colonial rule, the Burmese viewed Mandalay as a city rich with culture and Buddhism, and the city housed many protests against the British.

Today, Mandalay is a trade hub of Upper Burma. The population in Mandalay comprises of people with mostly Burmese, Chinese, and Indian heritage resulting in diverse Asian cuisine options. The main focal point of the city is the expansive reconstruction of the Mandalay Palace along with pagodas and the Mandalay Hill.

The palace was the residence of the last Burmese King. After King Thibaw was exiled to India, the British ransacked the palace and stripped it of all its jewels and valuables. They used the palace as a military fort during WWII. Unfortunately, almost all of the palace was destroyed by fire from a bomb during the war, so the palace today is a reconstruction based on old maps and photos. 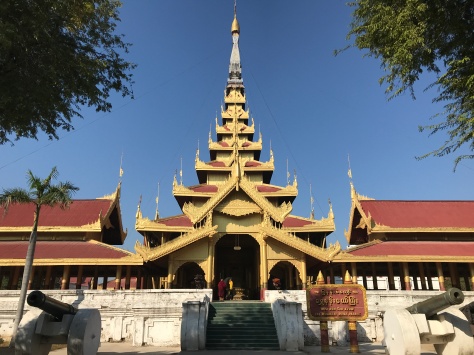 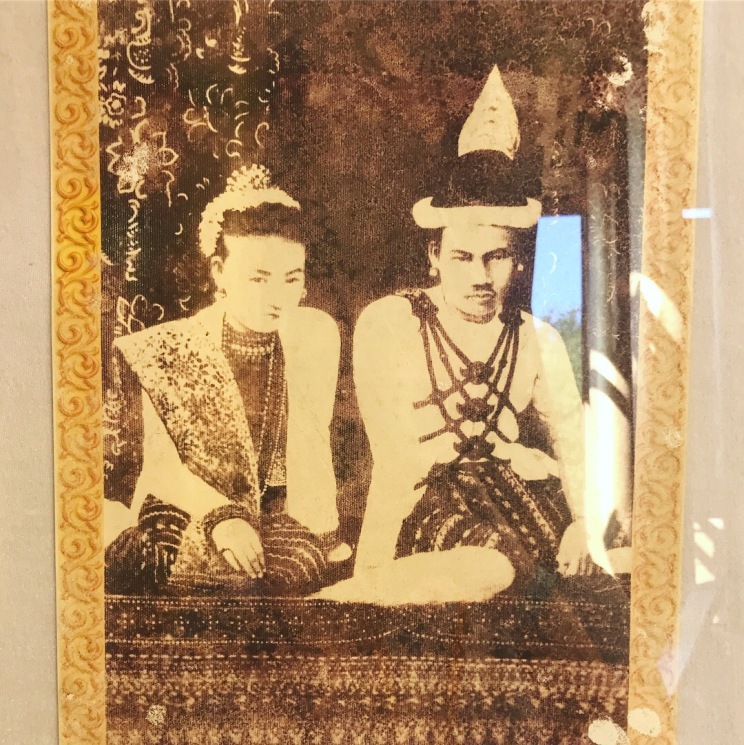 The small white pagodas at Kuthodaw Pagoda are truly breathtaking. The pagodas hold marble stone slabs with Theravada Buddhist script etched into them. The collection of slabs forms the worlds largest book. 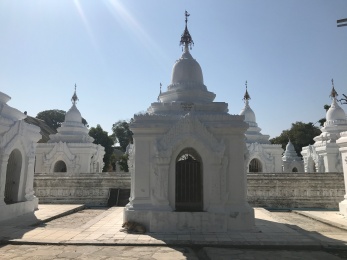 This Buddha was allegedly built during the lifetime of Mahamuni Buddha himself.  The legend goes that Buddha had visited Dhanyawadi in Arakan in 554 BCE and after his visit, the Buddha image was constructed and Buddha breathed on the image so that it looked exactly like him. The Buddha was transferred from Arakan to its present location in Mandalay. Men (women are not allowed) put gold leaf on the Buddha Image so the Buddha today looks like a rather deformed shape of a buddha. 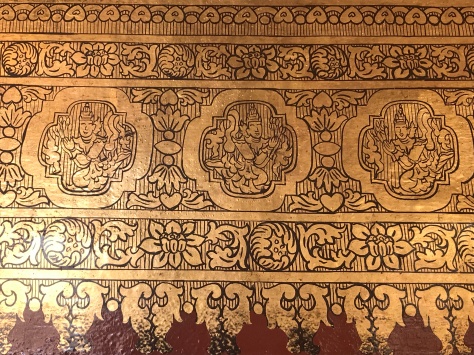 This is a teak monastery where King Thibaw used to meditate. It was previously located in the Mandalay Palace and was coated in gold. Today, you can still awe at the ornate carvings of Buddhist myths.

This pagoda is located at the top of Mandalay Hill. It is covered in mirrored glass, so the reflection of the sun looks beautiful against the pagoda. You can also see views of Mandalay from atop the hill in the surrounding areas of the pagoda. 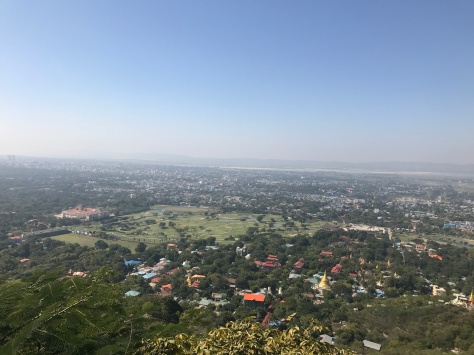 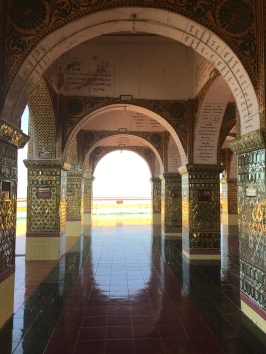 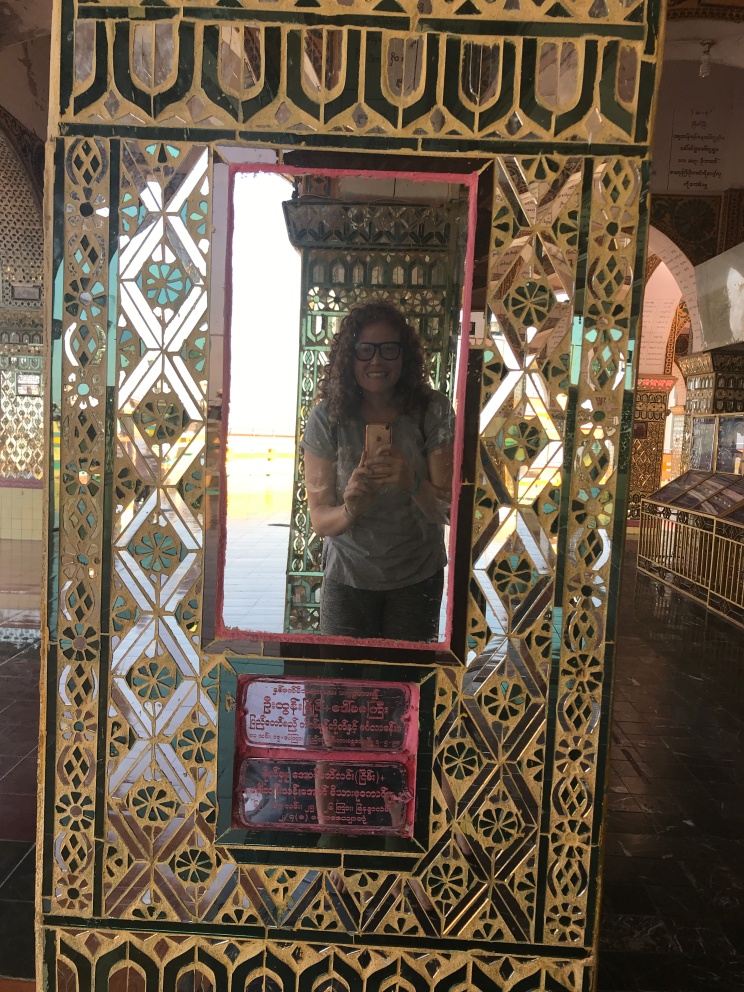 The Sandamuni Pagoda has white stupas surrounding a large golden pagoda like the Kuthodaw Pagoda, and it’s located right across from it. The pagoda holds a large Iron Buddha Sandamani built in 1802. 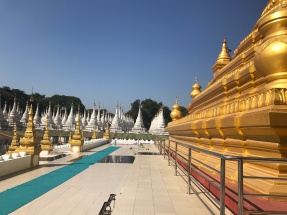 This is a reconstruction of the monastery that was built in 1857 by King Mindon, but burned in a fire in 1890. The reconstruction was made using prison labor. 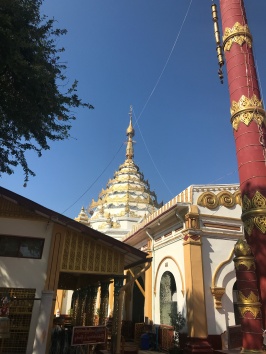 This is the oldest and largest market in Mandalay. The shops are jammed together making it difficult to walk through the narrow aisles. The top floors are filled with bags of spices leaving a pungent aroma. 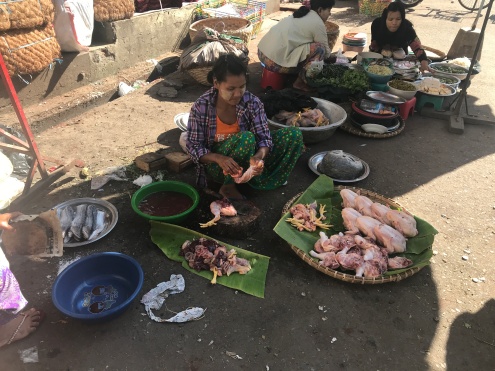 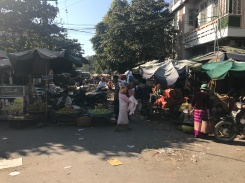