Before visiting New Delhi, people try to describe the chaotic, populous city, but one cannot grasp New Delhi until they’ve actually visited.  It’s a unique, extremely busy city divided between the Old Delhi where people live in extreme poverty and the New Delhi with elegant buildings and shops.  The city lacks any skyscraper buildings and has a dim night skyline.

On my first morning in New Delhi, I decided to take the subway into Old Delhi.  I was shocked to find that men and women need to go through separate security lines, I guess so that women get checked by a female security officer.  However, there was one line for women and three lines for men, so women had to wait much longer to get to the subway.  Visiting Old Delhi first was a dive head first into Delhi.  Traveling alone, Old Delhi was extremely overwhelming.  During the day on the streets, there are few women present so I was surrounded by men.  Tuk tuk drivers would follow me for over 20 minutes hackling me.  I had men tell me I was going to get robbed or sexually assaulted.  All the while, my SIM card wasn’t activated because it takes over 24 hours for the government to approve it.  Without access to my phone, I was more on edge because I knew I had no way of contacting the authorities if something were to happen to me.

After my first day, I spent most of the rest of my time in Delhi in the newer parts of the city. Once my phone started working, I was able to take Uber everywhere and things went much smoother.  I also made a quick visit to a brewery in Cyber City.  Little did I know, the trip would take over an hour to get from New Delhi to Cyber City because the traffic was so bad.  One morning, after exploring Humayun’s Tomb, I went to a yoga class.  I had to take a yoga class in the home country of yoga. 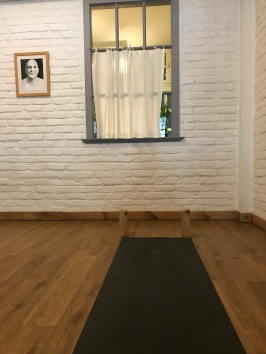 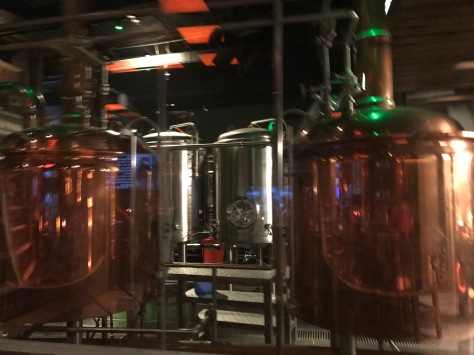 The Humayun’s Tomb complex was one of my favorite things to visit when I was in New Delhi.  There are many tombs and gates in the complex, and you can climb and explore them.  Although, this isn’t great for the protection of the site especially considering the sheer number of tourists in New Delhi.  The tomb of the Mughal Emperor is also a UNESCO World Heritage Site. 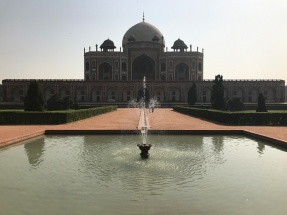 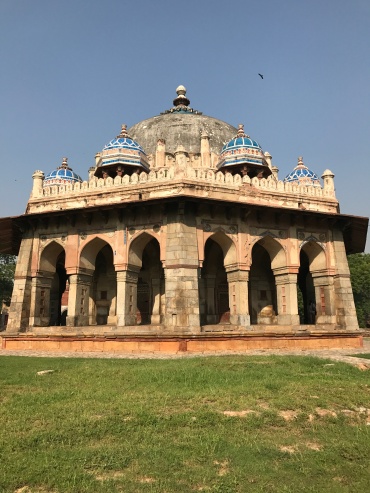 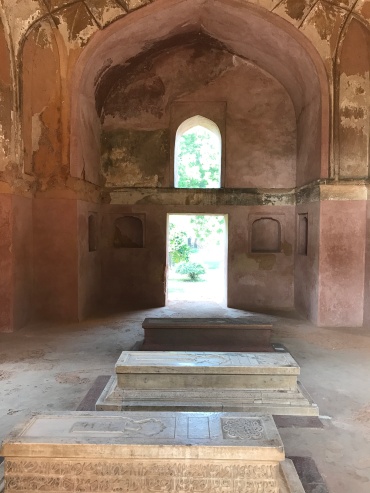 Also a UNESCO World Heritage Site, the Qutub Minar is a minaret and is surrounded by many other historical, ancient structures such as Quwwat-ul-Islam Mosque dating 1192.  Visitors used to climb the spiral staircase up to the top of the Qutub Minar until 1974 when the lighting broke and 300-400 visitors stampeded to the bottom of the minaret and 45 people died. 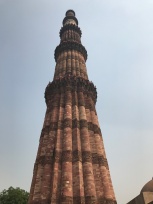 This is a Sikh house of worship with a pond inside the complex.  Visitors must take their shoes off and cover their hair.  They offer head scarves at the entrance to the complex, which I used in an attempt to cover my hair. 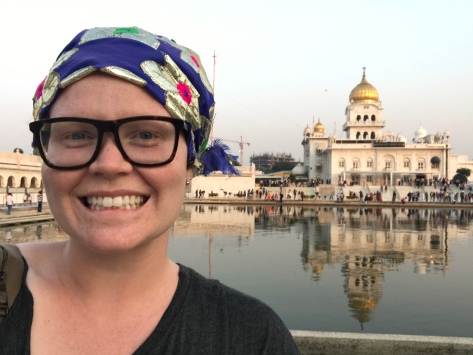 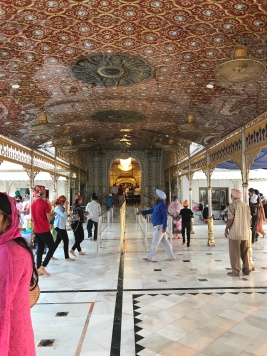 The Jama Masjid is a massive mosque located in Old Delhi.  It was built by a Mughal Emperor.  One must be completely covered when visiting the mosque, so they have full body shawls available to borrow when walking through the mosque.

This a main market in Old Delhi.  The shops are located throughout winding, narrow streets.  I ended up completely wandering through the market and think I ventured to places where tourists don’t usually travel because of the looks of awe that I got when I walked by the shops. 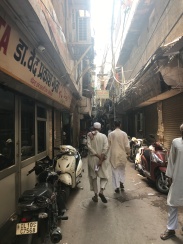 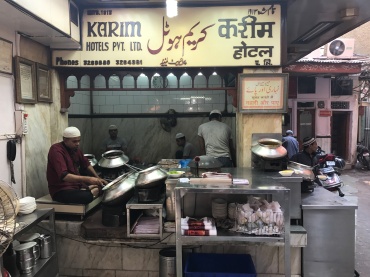 The Akshardham Mandir temple is created with the pink sandstone used in Jaipur and has intricate designs of Hindu figures.  You cannot bring anything with you into the temple, so you cannot take any photos.  The outside of the temple initially feels overwhelmingly elaborate, until you walk inside the temple.  The inside has intricate figures constructed in marble and gold.  The figures of worship are made of gold, marble, and gems.  I was so fixated on them, and I’m sure I was gazing with my mouth wide open in awe.  This is such a unique, incredible, and stunning temple.

The temple is built in the shape of a lotus flower, but the inside of the temple is very modern and lacks any extravagance.  The temple is surrounded by nine pools of water, and people of any religion can visit the temple to pray and meditate. 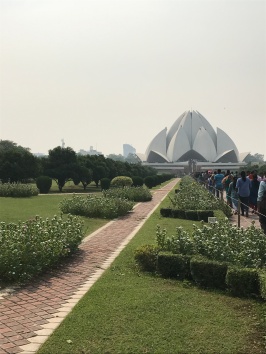 A similar structure to other war memorial gates, the India Gate was built to honor the Indian Army soldiers who died fighting in various wars.  The Indian Army fought for the British Indian Empire. 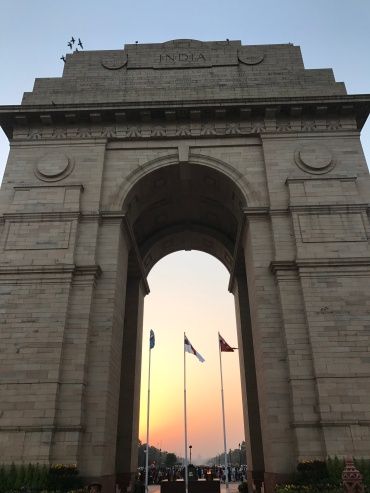 The Red Fort served as the residence for Mughal rulers for nearly 200 years.  The site also served important political and social events and contains many palace structures inside.  The fort is expansive and fun to wander through. 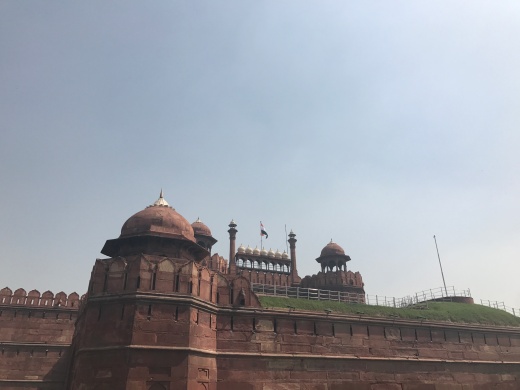 If you’re in search for serenity in New Delhi, I definitely was, the Lodi Gardens are perfect.  The gardens contain many tombs from the Sayyid and Lodi dynasties.  The gardens are green and beautiful, and there’s a river that runs through the gardens.  I laid in the grass for a while and did some journalling under the shade of a tree. 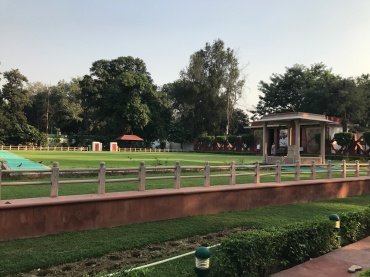 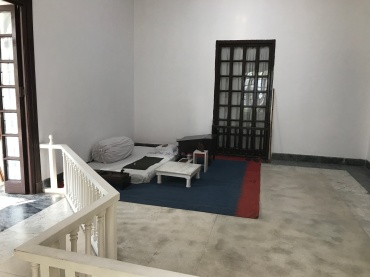 The Raj Ghat is a memorial to Gandhi.  Inside the gardens lies a black marble stone that marks the spot where Gandhi was cremated.

The Khan Market properties are ranked some of the costliest in the world.  The market houses higher end shops and restaurants, although the market itself does not feel that fancy relative to the west.  The market is two-storied so to get to the shops above, you have to find the correct, narrow staircase. 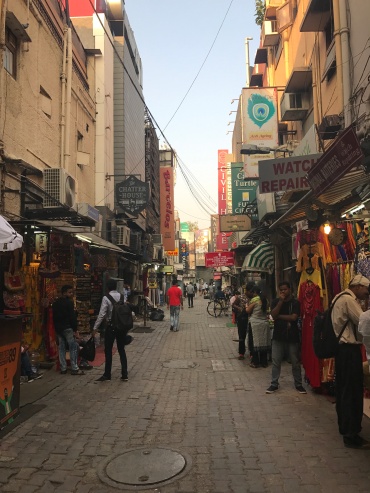 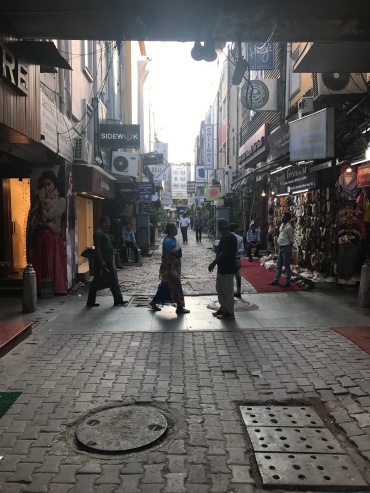 One thought on “New Delhi”