Although most of Europe was destroyed during World War II, the impact of World War II and the Cold War are omnipresent in Berlin.  The city has a mix of sorrowful and joyous history and hipster, grunge culture.  While I was in Berlin, I visited most of the historical sites, but I also made sure to experience more of Berlin’s culture.  I went to a yoga class that was instructed in German.  I don’t speak German, so I relied on observing the people around me, but eventually I started picking up on common phrases such as downward dog in German.  I visited a couple of breweries and went to two raves.

I took a night train to go from Vienna to Berlin.  The sleeper cars had sold out, so I had a regular ticket to sit in an enclosed space with six seats.  Two older man traveling separately sat in the space with me; neither spoke English.  At this point in my trip, I was traveling by myself, so I was very conscious of the two men and my belongings.  I tried to get some sleep on the train because I didn’t want to waste a day in Berlin being sleepy.  However, throughout the night I kept being woken up by Czech military men asking to check my passport.  Apparently, the night I traveled from Vienna to Berlin was the same night a terrorist, who had threatened to bomb Berlin, was on the loose.  It was definitely alarming being woken up by a large, Czech man aggressively telling me stuff in Czech, but at least I made it safely through my travels.

It was interesting to think of the use of Checkpoint Charlie during the Cold War, and its necessity given the high tensions between East and West Germany.  However, today the location seems frivolous because it’s designed as a tourist destination.  Museums surround Checkpoint Charlie and the officers guarding the checkpoint are clearly just for tourists and even pose for pictures with them.

The Memorial to the Murdered Jews of Europe

The sorrowful nature of this memorial goes without saying.  However, the memorial itself seems to represent coffins of varying heights.  You can walk through the memorial and the grandiose size of the slabs of concrete mirrors the magnitude of the murders.

I consider the Berlin wall to be both a sorrowful and joyous landmark.  The part of the wall near the Memorial to the Murdered Jews of Europe is bleak with chunks missing.  It gives the feeling of the bleakness of the Cold War and the difficulties people endured on the East side of the wall. 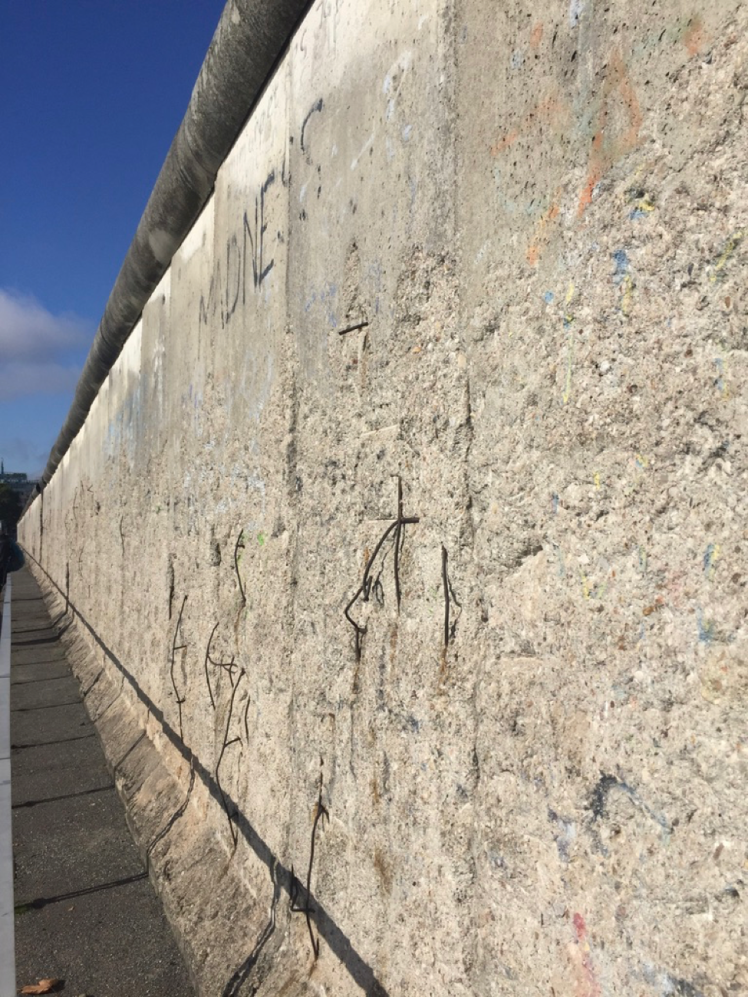 This is technically in Oranienburg, but you can take the train from Berlin to get there.  The experience walking through the massive concentration camp goes without words. 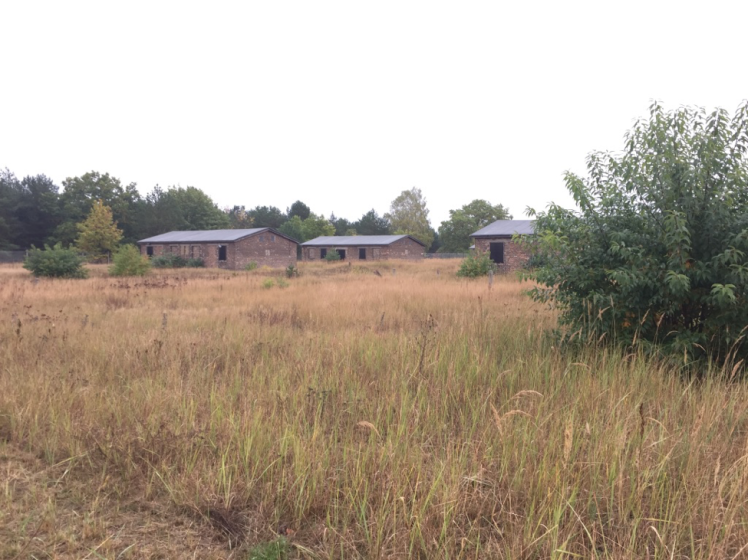 The East Side Gallery is a lengthy portion of the Berlin Wall that is painted with murals of various artists.  Some of the murals have political statements, some depict love of humanity, and others are just awesome designs.  The East Side Gallery is located in a more hipster, grungy area of Berlin.  While I was in the area, I got some drinks and food! The Brandenburg Gate is such a famous landmark built in the 18th century in celebration of restoration of the Batavian Revolution.  The monument is a must see in Berlin.  I went to a Dunk n Donuts nearby because I really wanted some drip coffee, and the donuts on display were all destroyed by bees/hornets attacking them.  This Dunk n Donuts location would not have passed American health code standards for sure, but I still enjoyed the coffee!

One of my favorite places to visit was the Berlin Cathedral.  The cathedral itself has some fascinating architecture and has a crypt with a bunch of Prussian royals.  You can also climb the dome and see incredible views of the city.  While I was in Berlin, they had their festival of lights where different light designs are displayed on monuments across the city for ten days.  I visited a bunch of the monuments one night! 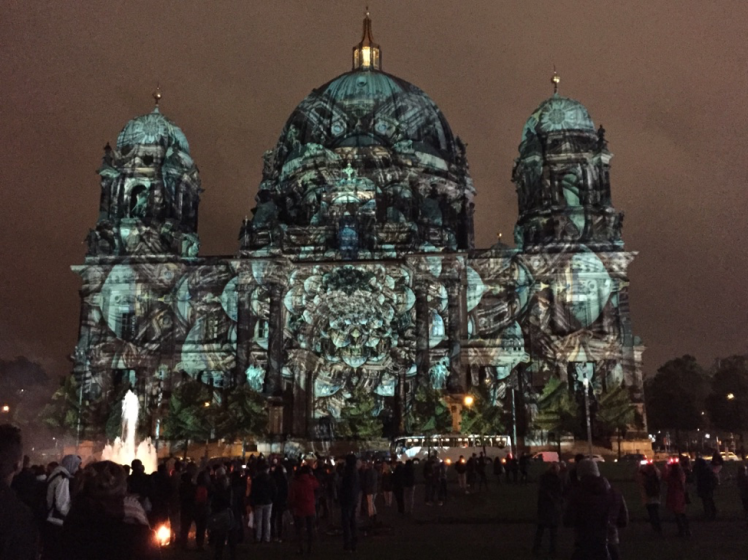 I walked by and took photos of Bebelplatz, a monument in Berlin.  The site is infamously known for the burning of Nazi book burning ceremonies.

This is a square in Berlin with French and German churches and Konzerthaus, a concert hall in between the churches.

I bought a ticket so that I could go into every museum on museum island.  I visited 4 of them, but went through them quickly.  You could spend days on end going through the museums here.

I took the train to Charlottenburg Palace from my hostel.  The palace lies on a ton of manicured land.  The palace was damaged in World War II, but has been reconstructed.  The rooms in the palace are elegant and elaborate, often posing a lot to take in.  The surrounding land, garden, church, and guest house are well worth a visit, as well.

This citadel was one of my favorite sites in Berlin.  I went on a rainy day during the week, so there weren’t many people at the citadel.  The land is essentially completely open to the public and extremely well preserved.  You can climb and explore the citadel.  I liked looking through all of the viewing holes to imagine what the soldiers would have seen when looking out into the river. 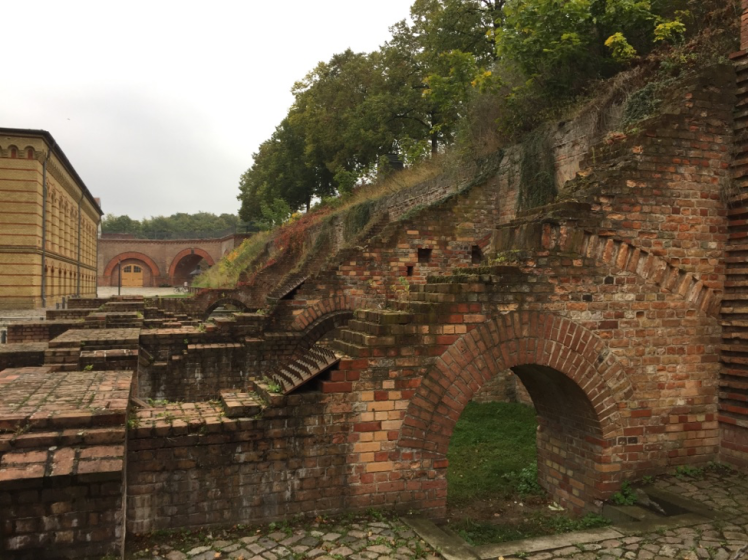