We had been staying in Akha villages in northern Thailand.  One day, we drove to a lake to go fishing.  Once we were there, we immediately started throwing large rocks from the river to make a wall.  The Akha men then put a large bamboo stick over the rock wall as we created a second rock wall behind the first one.  They put tarp along both of the walls to block the water from coming into that area.  The blockade caused the water to drain out of the fishing area.  As the water drained, you could see all the rocks that were on the bed of the river.  Little pools of water remained.  From this, we could just see the fish in the water or mud and then we trapped the fish and picked them up using our hands.  The fish squirmed around in my hands as I walked to a bucket to put them into.  I caught some small fish, but others caught catfish, crabs, silver fish, eels, and shrimp.  The fish usually hid under rocks, so if you moved the rocks, you could easily see them. Once we were done fishing, we went to the shore and the Akha men started setting up fires to cook the fish.  The fish was cooked with herbs that some people had picked from the forest.  The men used bamboo as a sort of pot to cook the fish on the fire.  They also made tea, which they served in bamboo cups that they carved. 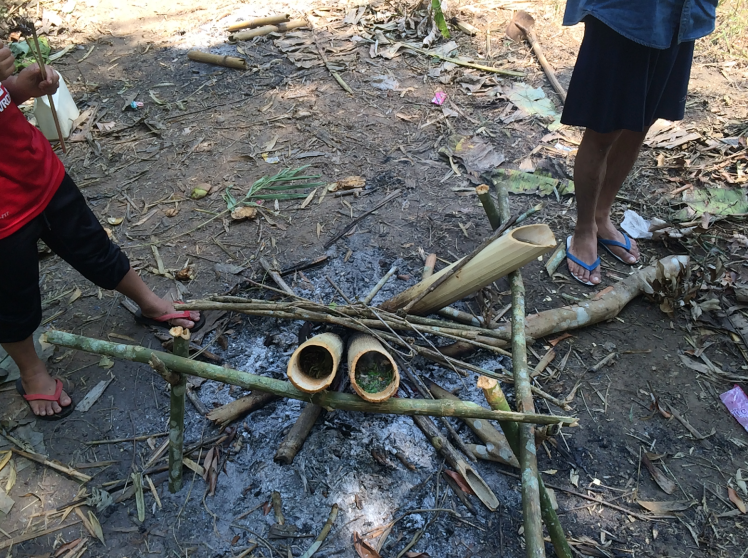